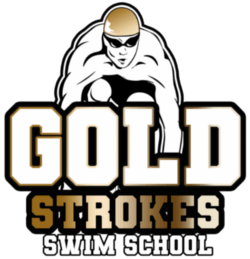 Swimming has always been my passion, I dreamed of representing my country at a Paralympic Games for as long as I can remember.

I started competitive swimming at the City of Sunderland Swim Club and went on to win numerous British Championships, breaking many British records along the way.

I was selected for the British Swimming International team in 2013 – competing at many events, including the 2016 European Champs in Madeira, where I won Gold in the 50freestyle and Silver in the Mens 4×100 Relay.

In 2016 my dream came true, when I became Paralympic Champion in Rio De Janeiro, winning GOLD in the Mens S9 50m Freestyle.

Having retired from competitive sport I want to pass on my love of swimming to the next generation.

Every child should learn to swim as a life skill, no matter their ability.

Sport and swimming has been a passion of mine for as long as I can remember. From a very young age I have always loved been active and outdoors.

I start racing competitively in triathlon when I was 16 before then I was always a keen runner. At the age of 18 I left college to pursue my triathlon career full time, subsequently basing my swimming with Sunderland ASC performance squad. In the years to follow to represented GB taking me to places like Chicago and Mexico. My greatest achievement placing 5th at the U20 World Triathlon Championships in Chicago.

Since stopping my racing career I went straight into swim teaching. Over the years I have gained experience to teach children in what believe, the most effective, creative and fun way to learn how to swim. Setting up Gold Strokes Swim School with Matt in September of 2019 is easily the best thing I have done as I get to see children grow and flourish in and out the water on a daily basis.

Hi my name is Grace and I attend St Anthonys sixth form.

I went through the learn to swim programme from the age of three which led me on to join the City of Sunderland swimming club at the age of 7.
I became a competitive swimmer at the age of 9 and continued until I was 16.
In between studying for my A levels and my teaching, I enjoy running and I’m a member of Houghton Harriers. I go to the gym and participate in the occasional Parkrun,
I’m also a volunteer at St Benedicts Hospice.

I love helping people and my teaching gives me satisfaction watching the children shine and reach their potential.

I enjoyed swimming from starting the learn to swim pathway and then progressed onto competitive swimming for many years.  I have always enjoyed watching Matt compete in international meets, experiencing the atmosphere of when Matt won gold in Rio will be a feeling I will never forget.

I have an undergraduate and postgraduate degree in Criminal Justice and Criminology.

I enjoy watching the children become confident in the water as they continuously learn new skills.